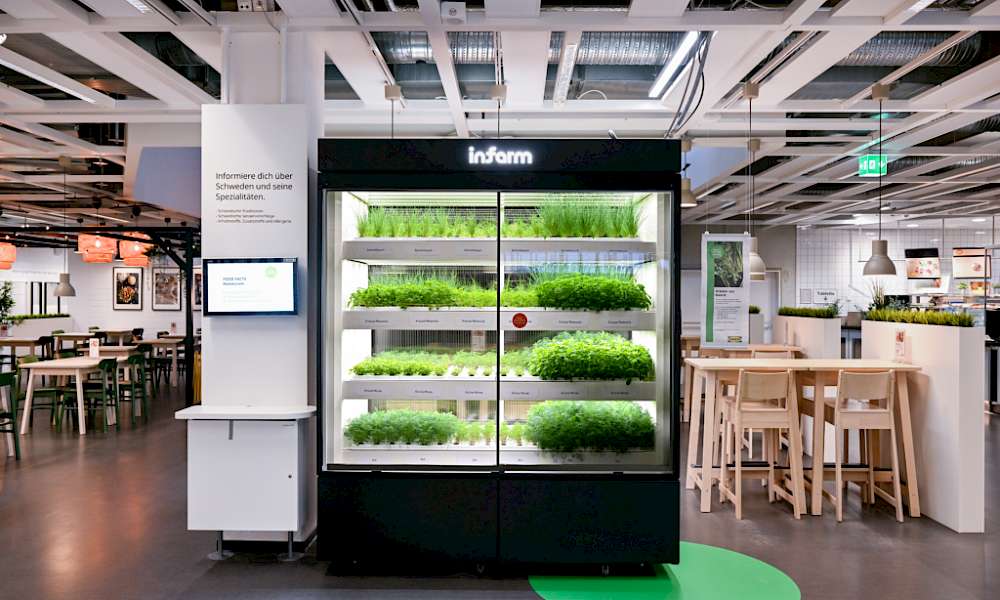 Your Supermarket Needs a Farm

By 2050, the world’s population will reach 9.6 billion with 65% of us living in urban areas. Our land, water, soil, and environment are all under siege and the USDA says that climate change is going to create challenges for farmers. Add on the shortage of farm labor and truckers and it’s easy to see why indoor farming is a necessity.

We are seeing a more direct farm to consumer connection as communities strive to get closer to nature. And we are seeing more consumers opting for a plant-based diet. There is a new breed of younger farmers entering the fields; the USDA’s latest Census of Agriculture reports that the number of farmers aged under 35 is increasing. That’s only the second time that’s happened since 1900; and 69% of them have college degrees, far higher than the 40% of the general population that does. Younger, smarter farmers will bring us into a new era of ag; much of which will be grown indoors, and some, in forward thinking supermarkets.

Many supermarkets are partnering or making exclusive arrangements with the numerous indoor farms across the nation. Bowery Farms, 80 Acres, Plenty, Farm.One, AeroFarms, Vertical Roots, AppHarvest, Revolution Farms and Bright Farms are just a few of the burgeoning indoor farming operations that are working with supermarkets to supply fresher produce that is grown indoors and closer to the retailers’ stores. Today, roughly 70% of the nation’s lettuce and leafy greens are grown in California, with much of the balance coming from Arizona. The inefficiencies (and expense) of transporting this produce to the rest of the country surfaced to our shoppers during the pandemic.

While supermarkets are scurrying to make deals with nearby indoor farms, there is another trend in indoor farming that I believe is even more on target. Progressive European grocers including Edeka, Whole Foods, Alber Heijn, Marks & Spencer, Famila, Combi, COOP, Migros, ALDI, and Irma started partnering with Infarm, a now almost ten-year old startup based in Germany to install modular hydroponic vertical mini-farms that grow a variety of more than 75 produce items right in their stores offering the ultimate in freshness, taste and local.

Here in the U.S., Kroger leads the way (again!) by adding these mini-farms to 15 of their QFC stores in the state of Washington. In Canada, Safeway, Sobey’s and Thrifty have also installed InFarm in their stores. InFarm’s produce is now available in over 1,850 stores.

“Customers today want transparency; they want to know exactly where their product is from, the provenance where it was grown,” said Suzy Monford, former president of the Kroger QFC Division. Monford was appointed in November of 2021 to be InFarm’s Retail Advisor for the U.S. and Canada.

Infarm’s ultimate goal is to make local food production mainstream. “For the bulk of the last century, food has been produced far from where it is consumed, generating a supply chain that is environmentally unsustainable,” said Osnat Michaeli, the company’s co-founder and chief brand officer. “Our modular farms offer the potential of turning the supply chain on its head by building the world’s first global farming network.”

Not only would having produce grown right in your store offer customers a more exciting and fresher experience, but just image the teaching moments that you could offer to shoppers; as well as reinforcing foods’ connection to agriculture. Michigan State’s Food Literacy and Engagement Poll reports that much of the U.S. public remains disengaged or misinformed about food. Their survey revealed that 48% of Americans never or rarely seek information about where their food was grown or how it was produced.

Growing produce right in our supermarkets would be a major step forward to educate and empower our shoppers and to create a new more stable supply chain for produce.