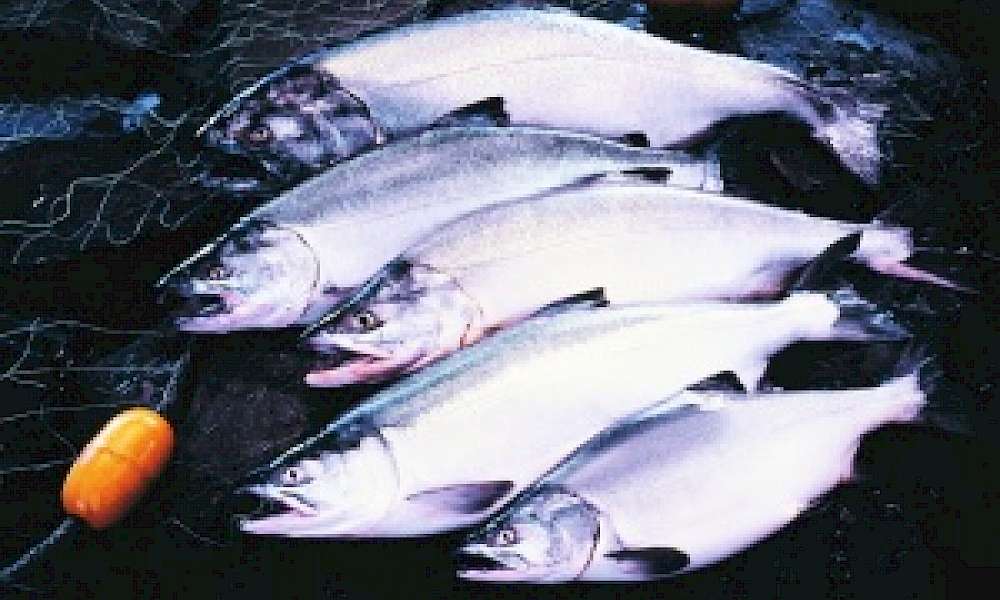 Understanding salmon is of key importance to the food industry as its position as a protein for a growing population increases. Illegal, unreported and unregulated fishing puts a strain on the whole industry and our global fisheries, which can be countered by a widespread ‘no tolerance’ approach. Helping customers understand salmon will assist in their purchasing power.

As of 2011, Salmon was number three in per capita consumption of fish species in pounds at 1.952 pounds. There are more kinds of salmon for consumers to choose from than ever - farmed or wild, imported or local, from the East coast, the West Coast or Alaska – and the FDA is reviewing an application to approve a genetically engineered Salmon.

The movement towards sustainability in aquaculture is growing. The industry can use science and transparency to address issues and concerns. In April of 2013, GLOBALG.A.P, the Aquaculture Stewardship Council (ASC) and the GAA signed a Memorandum of Understanding “working towards a mutual goal of realizing and recognizing good aquaculture practice,” and on August 15, the Global Salmon Initiative (GSI), a game-changing leadership initiative formed by 15 leading global salmon producers to make significant progress towards highly sustainable protein sources, committed to certify their farms to the Aquaculture Stewardship Council (ASC) standard by 2020.

According to the National Oceanic and Atmospheric Administration (NOAA), 1.2 pounds of feed produces one pound of farmed Atlantic salmon. When matched to chickens (at approximately a 2:1 ratio) or pork (at a approximately a 6:1 ratio), or beef with as much as 8.7 pounds of feed to produce one pound of beef, farmed salmon is the most efficient of all the farmed animals. The Food and Agriculture Organization of the UN attributes this ratio for farmed salmon to their diets containing “high levels of fish oil, which is efficiently converted by the salmon, often at food conversion ratios of close to 1:1.” Also, the FAO points out seafarms can control overfeeding with computerized systems that detect when the fish have finished feeding, preventing feed waste.

“Wild salmon is also another option,” says Janice Brown, Market Reporter for Urner Barry's Monthly Salmon Insider Report. “The fresh season runs from roughly the middle of May through October. There are five species of wild salmon: king, sockeye, coho, pink, and chum salmon. King salmon is perceived to be the prized specie and usually demands a premium price. However, in recent years, all of the other species have been making large marketing gain, in particular sockeye salmon which is very popular at the retail level.”

The Washington State Department of Heath addresses the often controversial contradictions in media, online and in scientific publications over eating farmed versus wild salmon. The study puts the comparative issues in three main categories: environmental concerns, contamination, and omega-3 fatty acid levels in edible portions but reiterates that “both wild and farmed salmon have low levels of mercury, PCBs, and other contaminants.” In summary, the report urges consumers to keep eating salmon due to the heart and brain benefits from the protein and omega-3 fatty acids with wild a preferred choice but farmed a good alternative.

The Production of Farm Raised Salmon and its Oversight

Many hatcheries, farm processing facilities and feed mills are certified through the Best Aquaculture Practices Program coordinated by the Global Aquaculture Alliance (GAA). The Marine Stewardship Council (MSC) offers a certification program to wild-capture fisheries and subsequently requires all companies in their supply chain to have a MSC Chain of Custody Certification. The MSC Chain of Custody Standard offers protection to consumers by seafood traceability. Application for the MSC ecolabel is voluntary with no government involvement.

Freedom Food, the UK RSPCA’s farm assurance and food labeling scheme, has seen satisfying progress with Scottish salmon producers. According to the Scottish Salmon Farming Industry Research Report, between 60% and 70% of Scottish salmon in seawater at any given time is Freedom Food approved.

The Regulations on Salmon

The FDA offers guidance for the Industry with its Fish and Fishery Products Hazards and Controls Guidance. They reiterate in this Guidance that, “FDA’s guidance documents, including this guidance, do not establish legally enforceable responsibilities.”

The Agency for Toxic Substances and Disease Registry points out that the FDA regulation of salmon is with mercury; “a maximum permissible level of one part of methylmercury in a million parts of seafood (1 ppm).”

Greenpeace issued its 2013 Carting Away the Oceans 7, listing the top ten best retailer companies with sustainable seafood policies and practices. It states, “In order to make purchasing decisions with the state of our environment in mind, consumers need thorough and comprehensive information at the point-of-sale.” The top ten retailers with a strong sustainable seafood policy are Whole Foods, Safeway, Trader Joe’s, Wegmans, Harris Teeter, Target, Aldi, Ahold, Delhaize and Price Chopper. Unilever's Fishing for the Future II booklet emphasizes, "As one of the world's largest fish buyers, we recognized the need to take the initiative and work with others to make fishing more sustainable and, of course, to secure our fish supplies for the future."

There has been game changing leadership for sustainable seafood over the past decade. The FMI Sustainable Seafood Committee: A Leadership Model to Follow, Commentary by Harriet Hentges, Food Retail Sustainability Expert. The Monterey Bay Aquarium has its own guide to salmon safety on its site Seafood Watch, urging an avoidance of farmed Atlantic Salmon worldwide, and stating the best choice Coho Salmon farmed in Tank Systems, Reefnet Sockeye from Washington and Drift Gillnet or troll from Alaska.

The growing population is putting pressure on fisheries globally as protein from fish is an efficient source of animal protein. Proponents believe the higher growth rate of GE salmon meets a real need and provides environmental benefit. In response to the 2010 application byAqua Bounty Technologies, Inc for approval of “AquAdvantage” genetically engineered (GE) salmon, the FDA created an overview document about Atlantic and Pacific Salmon, offering fish consumption rates, Aquaculture and FDA regulation of GE animals.

Opponents such as the Center for Food Safety oppose GMO animals and, if approved, want the product labeled. Critics also worry that the sterility of the fish will not be 100% and that some will escape from salmon net pens (“leakage”). If they do, they fear ecosystem impacts.  Proponents feel the safeguards being proposed, other regulatory mandates and the benefits outweigh the environmental risks. More on this specific topic in upcoming Food Journals.