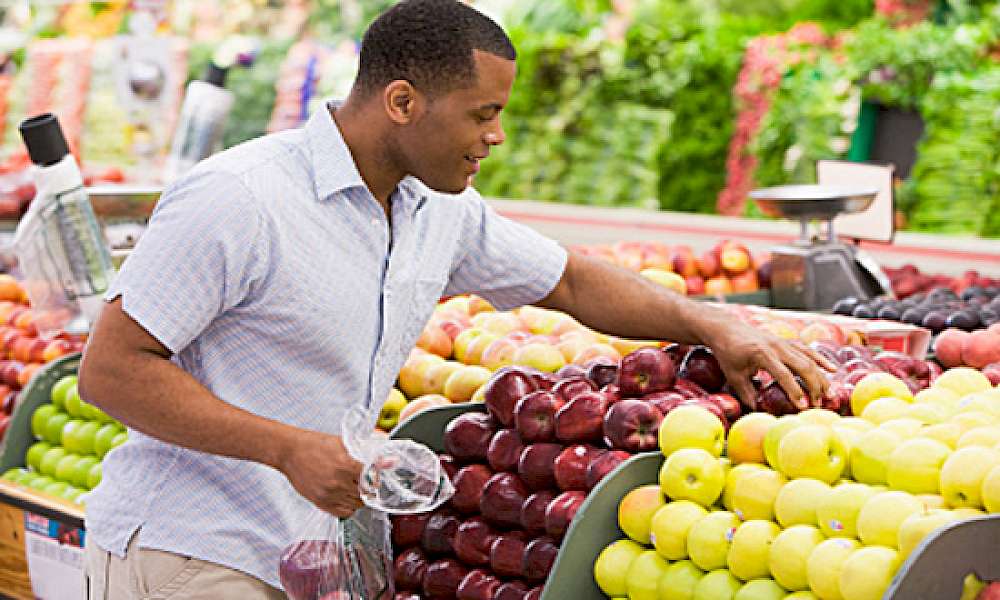 Last year we predicted how weather conditions around the globe would affect crop yields and impact food production and prices; little did we know just how big that impact would be. 2012 brought us the worst drought in 50 years, and created havoc on over 60% of all farmland here in the United States. There is little doubt that, just as the USDA has predicted, food prices will continue to rise for many years to come. The average American spends less than nine percent of their income on food, which is the lowest percentage of citizens of any other country, and less than Americans spent back in 1982 (13 percent). Yet even modest food price increases will affect many.

The passionate interest in foods being led by the Millenials will continue; led by their desire to understand food heritage, where foods come from, food preparation and how food is served; but with a twist. Millenials are deal seekers: over 86% seek the lowest everyday prices for foods. Almost one-third of Millenials (50+ million people born between 1978 and 1994) have difficulty affording their weekly groceries as compared to 22% of the general population. Millenials are the most ethnically diverse generation in our nation’s history – approximately 19 percent are Latino, 13 percent are black, 4 percent are Asian. 1 in 5 have an immigrant parent and 1 in 10 have a parent who is not a U.S. citizen. Clearly they are the foundation for the rise and desire for ethnic and more flavorful foods. This generation will be the most educated with 63% predicted to have or expect to graduate college by the year 2016, however, many report low paying or no jobs and a quarter of them have moved back home with their parents.

All is not doom and gloom however, as we have experienced a comeback in supermarket services. More retailers are investing in loyalty programs and apps that reward their best shoppers with personalized discounts, on-site dietitians, in-store pubs and dining, and are generally sprucing up the retail environment. We can also expect more retail consolidation as the traditional supermarket struggles and shoppers expand their food shopping to alternative sources including drug chains, dollar stores and discounters. Supermarkets lost a full 15% share of volume to these and other competitors since the year 2000, sounding an alarm bell and wake up call to the industry that it is time to focus on a deeper understanding of what shoppers want.

Elementary school students returned to school this fall to find more healthy choices in the lunch line and with it comes a re-education and empowerment for a new generation designed to have these students not only eat healthier while at school, but also understand why eating this way is so important. School meals must meet new federal nutrition standards requiring more whole grains, fresh fruits, vegetables, reduced sodium, reduced calories, imposing strict limits on saturated and trans fats, less sodium, less calories and with fat free or 1% milk.  The hope is that these modified behaviors translate to eating at home and to all family members.

The National Resource Defense Council estimates that about 40 percent of all food here in the United States goes uneaten – that’s about $165 billion wasted each year; and costs the average family of four between $1,350 and $2,275 a year. To paint an even better picture, that's about 20 pounds of food wasted per person each month. As we have seen America’s waistlines grow, so has the amount of food we waste. In fact, NRDC estimates we discard 50% more food than we did back in the 1970s.

We predict that 2013 will see a smaller bites/more frequent eating pattern that reduces overall portion sizes and increases variety. Led by the ubiquitous Millenials, who crave flexible menus with many choices of appetizers and small plates, look for snacking occasions to increase throughout the day. Currently just over half of Americans snack 2 to 3 times a day; as work schedules become more hectic and more flexible these mini-meals will increase across all generations. In addition, Hispanics, the fastest growing population and is projected to account for 30.2% of the total U.S. population by the year 2050, are more likely than non-Hispanics to incorporate snacks throughout the day—by a 23% to 15% margin.  They are also likelier to consume snacks while at work.

Building on our 2012 prediction of the importance of the Boomer population who will control just over half the dollars spent on grocery foods in 2015 ($706 million each year), serving the food needs of this generation will take new approaches; especially keeping these consumers who seek quality products, are brand loyal and not particularly price-sensitive healthier longer.

The Economy: The New Proteins

As food prices for protein commodities increase dramatically (it is conservatively estimated by the USDA the cost of both beef and chicken will increase by at least 5 percent due to the 2012 drought as well as declining supplies) look for a major shift in the nation's protein food supply by moving away from meat-based proteins. In our Supermarket Guru Consumer Panel Survey on grilling (which was conducted pre-pink slime headlines), more than 40 percent of the panel said the next big trend in grilling would be "meatless grilling."

Lifestyle: Breakfast Becomes The Most Important Meal of the Day

The benefits of breakfast are becoming hard to dispute, study after study show that breakfast is be the most important meal of the day!! The benefits of breakfast range from kids doing better in school and having less behavioral issues, to maintaining a more normal weight, more energy, better mood, and even improved memory. Will the costs of foods on the rise, many have taken typical protein rich breakfast foods into other day parts including lunch and dinner as a way to save money and maintain their healthy eating. Packaged Facts reports that Baby Boomers in particular want all food and experiences customizable and have extended food day parts, in particular that of all-day breakfast.

Frozen Foods Evolve Into Foods That Are Frozen

Consumers of all ages are looking for solutions to help feed their families with the tastiest, easiest to prepare and for some, the healthiest foods possible – at the right price. Data from The Hartman Group reports that 44% of all adult eating happens alone; underscoring the need for more single serve and convenience. While the frozen foods department has typically satisfied these needs, today unit sales are down more than any other department in the supermarket. But that is about to change. More flavorful ethnic foods will attract Millenials to the frozen aisle as we see the concept of “a la carte” evolving. This is the generation who grew up with salad and taco bars, expect flexible menus, a variety of options and have embraced the lifestyle concept of using singular “apps” in concert with each other. We predict more smaller size packages of real foods that are frozen that are “mixed and matched” to create meals, rather than one package that include the full meal.

Lifestyle: Men in the Supermarket and in the Kitchen

In 2012 our #7 trend was also about the male; the new role of the male shopper and reported that 41% of all family cooking was now being led by dad. In 2013 we see the male’s influence on our foods becoming even stronger as even more dads join the ranks of shopper and cook, and as more men remain single longer (median age for male first time marriages was 22.8 years in 1960 versus 28.4 years old in 2009).

Some supermarkets are experimenting with “man-aisles” – locations in the store which feature male oriented foods and other products to make shopping and impulse buying more targeted. We see however a longer lasting effort to attract and empower the male shopper through in-store shopping and nutrition tours and programs like Men’s Health magazine’s cooking school.

Mobile the Next Generation: Tests for Allergens, Ripening Produce, Organics, and Start Cooking Your Meals

iPhones have changed everything. 43% of all cellphone users in the U.S. have smartphones. Food retailers are of two minds about mobile commerce. Food shoppers have embraced mobile to do everything from preparing shopping lists, compare prices, find recipes, find out what’s on sale, sharing food pictures, food ratings as well as searching everything they can about a food’s background, nutrition and benefits. That was the starting point, and now food mobile gets really interesting. Smart phones will network with our kitchen appliances and allow us to do everything from checking how much milk we have left in the fridge to starting to heat up the oven on the drive home.

Millenials have a hard time finding a silver lining in this economy, with so many of them highly educated, carrying high debt for their degrees, and unemployed or underemployed. Boomers have delayed their retirement to replenish their nest eggs, but will likely step aside within a handful of years. Millenials will make up 75 percent of the workforce by 2025. This should open new jobs at pay rates that seem fair to both employers (less than the mature workers made) and the educated workers on the rise. It could be payoff time for people who’ve re-schooled to fit into fields targeted for growth such as healthcare. Few, if any, extended-students today are taken on tuition debt just to feel productive during a slow economy - they are retooling to be competitive in fields targeted for growth.

Transparency: Who is making our food?

In our Trend Forecast for 2012 we predicted the end of the Celebrity Chef and the beginning of the Celebrity Farmer era. More shoppers are interested in knowing not only where their foods are coming from, but also want to know about the people making their foods and are learning about their stories.  Farmers Markets have increased 17 percent in the last year; nearly 1,000 more markets than in 2010 but shoppers are quickly discovering that the people standing behind the table might not be the farmer, nor be able to answer their questions. And are getting frustrated with every visit. Shoppers are spending the time and reading more food packages as they shop the aisles in the supermarkets. They are looking for real information – not the faux stories about some dining experience in a mythical romantic inn located in an idyllic setting where it inspired a recipe – but information they desire to trace recipes and foods back to their heritage. Food transparency is here to stay.