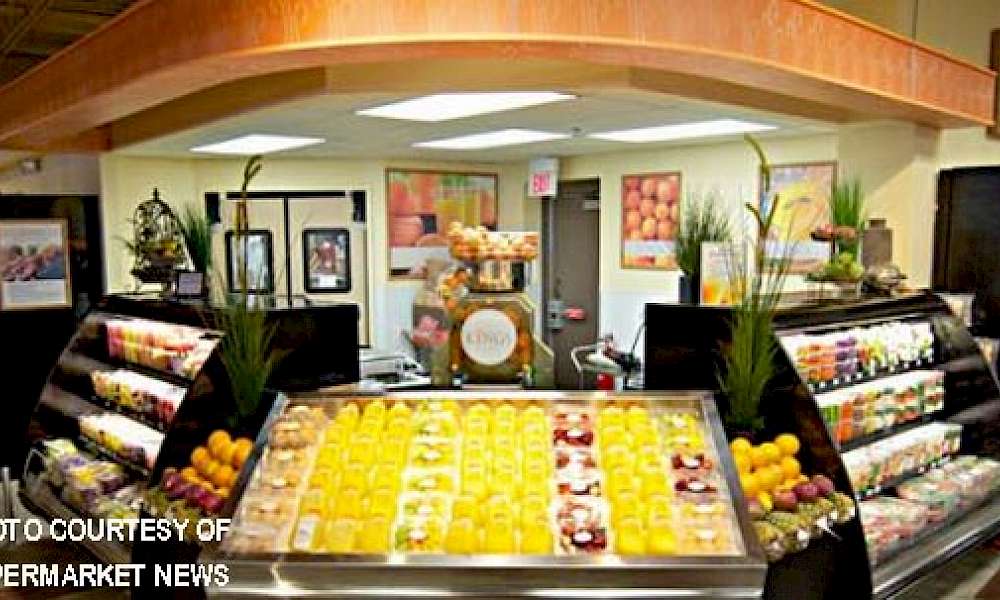 Since Starbucks opened its first Evolution Fresh store nearly two years ago, the coffee giant has moved its juice brand into food retailers such as Ahold, Safeway, Whole Foods Market, Meijer and Schnucks.

It is among a small army of brands of premium, super-premium and cold-pressed juices that vie for health-and-wellness shoppers willing to pay for these higher-ticket beverages.  The makers explain they pack several pounds of produce into each glass – therefore, the prices of $4 to $15 per pint.  Some nutritionists say why not eat the fruits and vegetables instead to get the fiber.  And two camps oppose on the merits of different methods – pasteurization or high-pressure processing (HPP) - to keep the juices fresh.

Still, bottled juice has become a badge – albeit a costlier one than bottled water.  Barron’s reported that juicing (either to replace meals or simply to refresh) reached $5 billion in sales by 2012, and is forecast to grow 4% to 8% annually.  Since Barron’s notes U.S. consumers spend more than $22 billion on bottled water a year – about $7 billion of that in food, drug and mass outlets, according to Nielsen – a growth cap on bottled juices may be some distance away.

Supermarkets want to shake up performance in a juices category that’s been flat for years – and they seem open to two upscale paths:  to display the pricey packaged brands, or to place juice bars within produce departments and other prominent spots where demographics make sense.

By now, Kings, Brookshire’s, Vallarta, Cardenas, Mariana’s, Loshusan, Futuro and Sunset are among supermarkets making powerful health-and-wellness statements with juice bars that conjure up the tropics.  But juice bars aren’t for every store – the action will be on the shelves between Starbucks’ Evolution Fresh, PepsiCo’s Naked, Coca-Cola’s Odwalla, Campbell Soup’s Bolthouse Farms, numerous specialty brands and emerging private labels.

To gear up, Evolution Fresh recently opened a new high-pressure processing facility that will quadruple its output of cold-pressed juice.  “We believe cold pressed is the future of juice,” says Chris Buzzo, general manager, Evolution Fresh.

Supermarkets are thirsty for more innovation and energy in juices.  Packaged Facts estimates that “between 2007 and 2012 dollar sales of fruit and vegetable juices and juice drinks barely budged, and that the volume of juice and juice drinks consumed by households hardly kept up with population growth.”  In this period, orange juice consumption slid by 3.6%, and the frozen form of it fell by 14.7%.

According to IRi, a Chicago-based market research firm, dollar sales of refrigerated juices and drinks rose 2.27% to $6.08 billion during the 52 weeks ended November 3, 2013, in U.S. supermarkets, drug stores, mass merchants, military commissaries and select club and dollar retailers.  Unit sales were up 2.83% in the period.