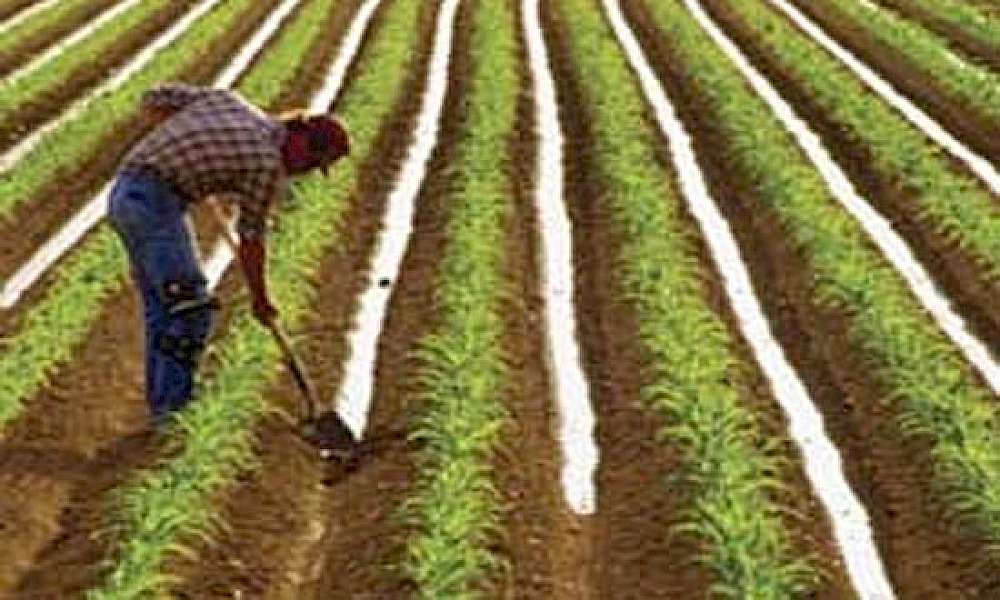 The Farm Bill: Limbo No More

The farm bill contains crucial components for all farmers. US Agriculture Secretary Tom Vilsak spoke about the pending farm bill as offering “a strong and defensible safety net that is focused on crop insurance” and “investment made in the new bio-based economy.”

The farm bill limbo has been a hard pill to swallow. What has become glaringly clear is that all the farming organizations want to be sure their farmers can continue to operate as risk-free as possible while producing the food we eat and export. That is what a lot of the lobbying is about. As we explain, dairy, battling antiquated titles, was the most contentious of negotiations, as was food stamp budget reductions. One of the most severe fall outs of the limbo covered by the national media was the plight of the South Dakota cattlemen and their herds; unprotected by expired indemnity programs in a five percent loss of livestock in the sudden blizzards in 2013. This program actually expired two years ago.

We spoke with representatives at the National Corn Growers Association, Western Growers, the National Milk Producers Federation and the American Farm Bureau Federation about what their members hope Washington votes for in the bill.

For fruits and vegetables’ growers, efficiency and research are key factors. “As our resources are constrained – whether water or land – and as input prices climb, our industry must become ever more efficient and grow the fruits and vegetables our customers – the American people – want,“ says Dennis Nuxoll, VP, Federal Government Affairs, Western Growers. “That’s why the farm bill’s significant federal investment to help leverage private efforts is so useful.”  These efforts include research and development in universities for drought-resistant seeds and training and teaching growers modern practices.

While the new farm bill will provide federal funding from the APHIS (the US Department of Agriculture’s Animal and Plant Health Inspection Service) for interdiction and quarantine containment of pests, long-term research in this area is key. “We need those funds to not only identify the intruder and interdict the pest but also potentially to answer the question, how do I overcome this invader?” reiterates Nuxoll.  A Perspective on the farm bill: Dennis Nuxoll, VP, Federal Government Affairs, Western Growers

Covering the margin between the cost of feed and milk prices was the top priority for dairy farmers. They require a safety net. “For dairy, profits are determined by the gap between the price of milk and how much it is costing you to feed your cows. The price of dairy cow feed has gotten a lot higher in the last five or six years. It is no longer enough for the dairy farmer to get a certain price for milk if their cost of feed is too high. They are not making enough money,” says Christopher Galen, SR VP of Communications, the National Milk Producers Federation.

This is addressed by the Margin Insurance Program component of the farm bill. If the margin between milk prices and feed costs cause a profit loss, and you are enrolled in the new voluntary insurance program, farmers will have protection.

“This was a watershed piece of legislation advocating the elimination of three programs that were in place for many decades; The Dairy Price Support Program (DPSP), the Milk Income Loss Contract (MILC) and the Dairy Export Incentive Program (DEIP)," explains Galen. “The new Margin Insurance Program will be more effective. These other programs we are eliminating were tied to a price for milk in the 20th century, which is 14 years ago. The cost of making milk has escalated since then.“ A Perspective on the farm bill: Christopher Galen, SR VP of Communications, National Milk Producers Federation

As reported by the United States Committee on Agriculture Nutrition & Forestry, “The bill strengthens crop insurance, which is an essential cost-effective risk management tool.”

A viable federal crop insurance program that “addresses different types of risk but ones producers can customize to their own farm operation,” is one of the biggest priorities for the National Corn Growers Association, says Sam Willett, Senior Director of Public Policy. “Addressing long-term slides in prices for us is more important to address than annual declines in prices.” A Perspective on the farm bill: Sam Willett, Senior Director of Public Policy, National Corn Growers

For the National Corn Growers, the commodity title was of interest because “if we have an extended drought for a period of years that could impact production, the commodity title program offers more protection as a revenue-based program addressing some of the long term risks,” explains Sam Willett. Regarding the nutrition title, Willett explains that the position of the National Corn Growers is such that, “The farm bill is best advanced by bringing both the nutrition community and the producers that bring food to the marketplace together.”

Western Growers also speaks of the nutrition title. “We are absolutely interested in the nutrition title as those programs help feed both 40+ million Americans on assistance as well as help educate and provide products to our nation’s children via the school feeding programs,” says Dennis Nuxoll. “It’s this second aspect that is very interesting since there are programs in the farm bill that provide fresh fruits and vegetables to largely the underprivileged schools in communities across the country. Once exposed to healthy products, those children want more and more fruits and vegetables, and we hope that programs like that help to educate and create good eating habits in the next generation.”

The Dairy Federation kept their eye largely on the dairy title. Christopher Galen explains, “The nutrition programs in the farm bill are where all the money is. Eighty percent of money authorized in the farm bill goes to consumer feeding programs like SNAP. While we have big stakes in the WIC program, lunch programs and SNAP, we did not take a position on the level of cuts for that.“

Mary Kay Thatcher, Senior Director, Congressional Relations, American Farm Bureau Federation, spoke on behalf of their members. “There was a clear indication among our membership for the last three years that a) everyone was going to have to give up something for deficit reduction and b) crop insurance was the biggest priority,” says Thatcher. “The message we heard was preserve what you can in the commodity title, but really try and protect crop insurance. I don’t believe the Congressional Budget Office scores are out yet, but suspect that of the twelve titles of the farm bill, only two have more spending in the upcoming five years – one is crop insurance and the other is specialty crops.”

What do the consumers hear about the farm bill?

Mary Kay Thatcher believes it is a pretty high number of people that know about the farm bill. “People are much more aware because we’ve had a lot of press.  It’s very broad. A large majority of Americans are affected in some way whether it be with food stamps and school lunch programs, rural communities, water and waste facility grants, the hunters and the wetlands reserve program, to name only a few.“ A Perspective on the farm bill: Mary Kay Thatcher, Senior Director, Congressional Relations, American Farm Bureau

This brings up as well the image that consumers have of farmers in this country.  Consumers may not think, or may not want to think, farmers and ranchers are political. Americans largely still want to think of farmers doing a family business with pitchforks and bib overalls when in fact they are businessmen and key provisions help them reduce the risk of producing our food.