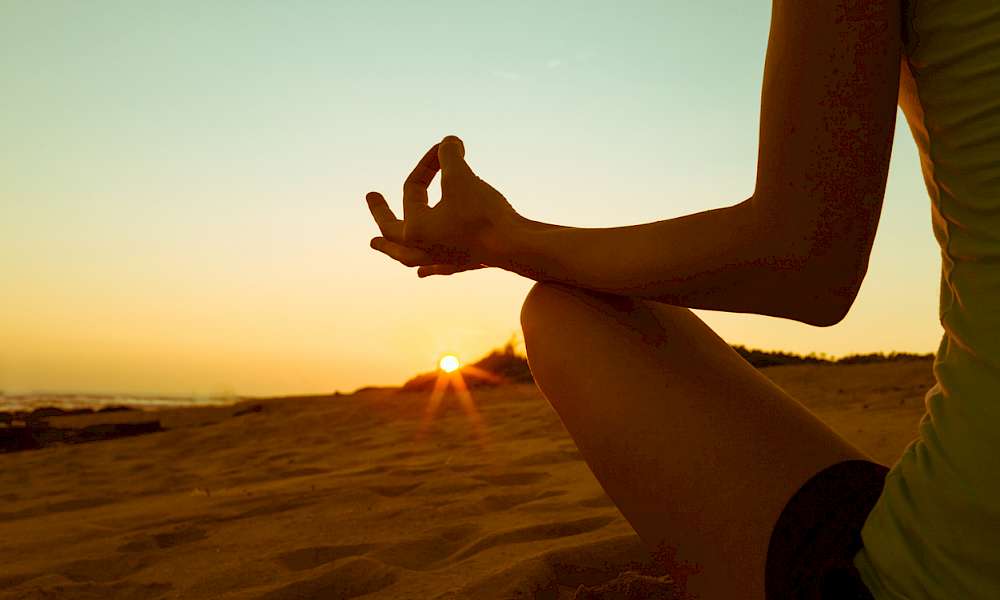 Ten Food Trends That Will Shape 2018

The year 2017 goes down in history as the most important year ever in grocery. The food world around us is changing at incredible speed and the industry must evolve. Grocery is now “cool” and is an industry that is attracting talent from the best schools and companies that would have not even thought about grocery or food a few years ago.

It's a new food world. Over the past 20 months we have seen 17 CEOs of big food companies step down (some voluntarily, other not so) and open the doors for fresh thinking executives. The new retail model must be built around the consumer, built with the foundation that someone else thought through the way people want to acquire foods; and create an environment that empowers consumers, makes their lives easier, healthier and more enjoyable - whether it be in bricks and mortar or online (and hopefully both).

These are very poignant times in the food world.

Our Top Ten 2018 Trends are interwoven, like a Mesopotamian mosaic; which is the way the food world should be built in order to create a breathtaking world of food.

Mindfulness is one of the most over-used terms these days, and has quickly becoming the mantra for many brands’ marketing objectives. But do they really understand what it means? Jon Kabat-Zinn is credited to be the father of “mindfulness” when back in 1979 he created an eight-week course at the University of Massachusetts Medical School to treat patients with cancers and chronic pain. His premise was simple. Based on Buddhist meditation, it was designed to soothe neural networks. It worked and has been shown over the decades to reduce chronic pain by well over 50 percent. Meditation is all about a concentrated focus in order to increase awareness.

Now, we come to the new 2018 food world definition of mindfulness, which I will describe as simply “the quality or state of being conscious or aware,” not quite as lofty as Kabat-Zinn’s objective but a huge step forward for the food industry and for consumers. Mindfulness reflects a new consumer attitude mostly led by the Millennial generation to truly understand everything they can about a particular food or beverage, and then supporting the company whether it be a brand brand or retailer by aligning with their values, and supporting them with their purchases.

Innova Market Insights named “mindfulness” their #1 trend for 2018 and illustrates how that body mind connection are influencing new food and beverage product introductions in the supermarket. Seven out of ten US and UK consumers want to know and understand an ingredient list. Food and beverage brands introductions that feature ethical claims on their packages have increased seven-fold since 2010; and these human, environmental and animal ethical claims continue to grow in popularity.

Retailers like CVS are executing on point with in-store executions like “snacks that give back” and the hospitality business is promoting “vegetarian vacations” built not only on the foods they serve but also detailing how their facilities and business practices align with the holistic values of a vegetarian consumer. On Monday, a McDonald's in Bethesda Maryland became the first McDonald's to become "a certified green restaurant."

Major brands like Honda and Subaru run ad campaigns designed to help others and new startups like FoodMaven, that attracted Walter Robb ex-CEO of Whole Foods as an active investor, is working to recapture the food that is lost in the system to prevent waste; and then selling it to foodservice at a huge discount.

One of the most critical areas where we are witnessing the mindfulness movement is how we approach food. Movies, documentaries and books have shifted away from ones that scare us to ones that inspire us to make changes. Movies like OKJA, in which a Korean farm girl raises her giant pig and finds out the truth about him, or Leo DiCaprio’s “Before the Flood” are great examples that motivate us to understand GMOs and climate change in ways never before taken that reaches deep into both our intellect and our hearts; while the recent documentary WASTED finally brings real people and emotion to that overplayed and ignored statistic that 40% of all food is being wasted.

The new leaders of food are driven by a new set of corporate values: social conscience, health & wellness, enhanced nutrition and life hacking…and yes, they do want to make money, BIG MONEY!

If I had to point to one trend that I believe will have the biggest impact on our industry it is tactile. The sense of touch. Think about just how food is so tactile; there is probably no profession that is more tactile than being a chef.  Multi-sensory is the new secret weapon for food both in products, their packaging and in-store.

The typewriter is back, in the Tom Hanks movie and book. San Francisco airport has a huge display of antique typewriters some well over a century old that produced best selling novels, famous screenplays and even Beatle songs. Now, we can buy a $249 metal typewriter keyboard that connects to an iPad. It’s all about being involved. Feeling and hearing the connection is more important in food than ever.  We have witnessed a more intellectual connection to our foods, and now it gets physical. There has been a food information “overload” and now we need grounding.

Over the past year or so we saw the first step in visuals including unicorn colored foods and black foods; now the connection moves deeper. Autonomous Sensory Meridian Response – or ASMR – has created a new food media world, where acoustic sounds like slurping, chewing, whispering and the crinkling of packaging trigger a food euphoria. A tingling down the back of our necks.

Not convinced? YouTube stars like ASMRDarling, HungryCakes, ASMRTheChew and GIBIASMR have tens of millions of followers and their videos views range from a lowly million to over 6 million. They have become the next food superstars where they lead viewers into another dimension to feel and hear food.

In Shanghai, ALDI, who in that country only sells through Alibaba, presented a food fashion show where attendees ate their foods on the sides of the runway and models paraded their real food fashions.

Poke bowls, and its many start up franchises, are popping up everywhere offering a variety of colors and textures. PokeKing, PokeBowl, PokeWorks, Ocean Poke, Hokey Poke, Bravo Poke, Wisefish Poke, and Poke are challenging fast food and QSR formats.

It all starts with agriculture, and thats about to change dramatically. By 2050, the world’s population will reach 9.6 billion with 65% of us living in urban areas. Our land, water, soil and environment are all under siege and the USDA says that climate change is going to create challenges for us all.

This is a more direct farm to consumer connection as communities strive to get closer to nature. More consumers are opting for a plant-based diet. The FreshFoodNY app is a virtual farmers market where New Yorkers can purchase local food directly from NY farmers, fisherman and artisans. There is a new breed of younger farmers entering the fields; the USDA’s latest Census of Agriculture reports that the number of farmers aged under 35 is increasing for only the second time since 1900. Sixty-nine percent of these new farmers have college degrees, far higher than the 40% incidence of the general population. Younger, smarter farmers will bring us into a new era of agriculture.

Innova shows there has been a huge rise in plant based everything; last year’s trends shared the opportunities for meatless burgers like Impossible Foods and Beyond Meat. Impossible Foods’ burgers are now sold in chains including Umami Burger and Bare Burger. Beyond Meat’s offerings are in the meat cases at Kroger, Albertsons, Shaw’s, Wegmans, Safeway and Ahold banners.

Vertical indoor farming is more efficient, and by bringing more farms closer to where people live, is reducing expense and environmental impact. In Linkoping Sweden, a multi use building will open in 2020 with 16 stories of farms and offices, at a 3:1 ratio, with a retail store and wholesale operation. This vertical farm building will save 1,100 tons of CO2 emissions and 13 million gallons of water.  These vertical farms offer so many benefits its impossible to ignore this as the farming of the future.  A 30-story high farm for example, uses 26 million kilowatts of power – but generates 56 million kilowatts through solar energy and biogas digesters, which can be sold to others. One farm acre indoors produces the same yield as 4-6 acres outdoors.

Bill Gates has bought 25,000 acres to develop a new “smart city” from the ground up; which I hope could be a new model for a food community – it's the perfect platform for vertical farming, drone and autonomous vehicle deliveries of groceries and who knows what else?

The unfortunate reality is the fact that the foods we eat is the number one cause of preventable death and disease in the U.S. Harvard's T.H. Chan School of Public Health just reported that by the time today's kids are 35, half will be obese.  It is time to get our priorities straight. About 10% of the World’s population is on some kind of “exclusion diet” having to avoid certain foods because of a specific ailment or allergy.  Take into account ‘excluding foods’ for preferences, and that number is reported to be well over 50% of the population. Even worse is the new report from the Barilla Center for Food & Nutrition that ranked the U.S. 21 out of 34 countries in their Food Sustainability Index. The reason our score is so low is based on our inability to fight nutritional challenges. The US consumer is getting smarter about food choices than ever, but we still have a long way to go.

NeuroNutrition looks at how our foods effect our brains and BioHacking breaks all the rules to create a science for more individualized nutrition and products. The food and brain connection is important - from growing foods, to cooking, to how we eat, to the nutrients themselves.

In 2018, look for EPA and DHA omega-3s to explode and become pervasive ingredients in all food and beverage products; for all consumers from infants to seniors. Innova has tracked a 36% increase in global product launches with Brain Claims over the past 5 years especially in sports nutrition and cereals. Chefs at London’s Squirrel Restaurant are combining great taste with great nutrition with on-staff nutritionists that help their patrons choose the foods that are best for their gut health, immunity, cholesterol, inflammation, fatigue and even depression.  Better for you claims, according to Innova now appear on almost half of all products globally.

There are “engay” foods that are products like salmon that are chopped and formed and reformed to take their natural shapes designed specifically to help seniors avoid choking and DULCE is a new strain of seaweed that has 3x the nutritional value of kale – and tastes like - bacon! Ahimi Nigiri is being sold in Whole Foods and is a vegan sushi made from tomatoes.

The most exciting future option may well be based on our DNA, determining what foods we need to achieve that “fountain of youth” that Ponce DeLeon once promised. It’s not in Florida after all, just in every supermarket. Back in 2005 Hy-Vee, Byerly's and supermarkets sold Cellf, a DNA kit with a singular trait for heart disease or diabetes among others. Consumers were not ready.

Now we are. Neil Grimmer, CEO of Habit (who brought us Plum Organics) is one of the leaders in this emerging space (based on his personal experience in gaining weight and seeing his health diminish) with his new DNA kit and nutritional foods startup Habit. Other companies like Fitnessgenes, WellnessFX, Cyrex Labs, EverylyWell, and Geno Palate all are trying to make DNA food discovery a new path to nutrition.

In next week’s RDBA Weekly we will take a look at the remaining 5 trends: Technofoodology, Advertising, Security, Food & Politics and FutureSupermarkets.