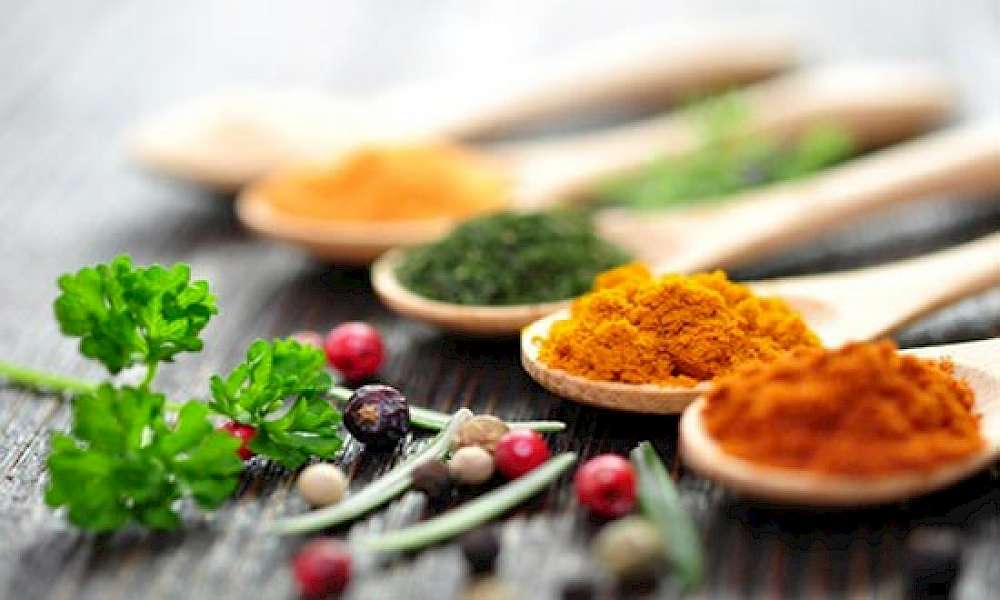 Spices at Hub of Positive Trends

Spices are at the center of the eat-healthier movement—for what they add to the American diet and help remove from it.  Studies cited by the McCormick Science Institute support the wellness benefits of numerous spices.  In recent months alone, researchers turned up evidence that: rosemary may help reduce cholesterol levels, ground cinnamon lowers blood glucose concentration after meals, and capsaicin enhances fat oxidation.

In addition, the more spices people eat, potentially the less sodium, sweeteners and fats they use to flavor their foods.  This is one component of the DASH (Dietary Approaches to Stop Hypertension) clinical trials, which showed better health can result from eating less sodium and more fruits, vegetables, whole grains and low-fat dairy products.

To promote more fresh fruit and vegetable consumption and help relieve meal tedium at home, F3 suggests that supermarkets cross-merchandise spices with perishables beyond the expected meat and seafood.  Stores that partner spices with produce (think cinnamon on sweet potatoes, basil and oregano on broccoli, cumin on sliced zucchini) could be seen as more innovative, health-driven and customer-focused—and could encourage more attentive trips where people seek these ideas.

Especially with smaller store formats more popular, retailers will need to scrutinize their mix, and enhance financial strength by maximizing center-store performance of small-cube packages such as spices and seasoning extract.  These compact jars and tins average $2.41 per item at retail, according to Nielsen data, comparing well with larger-cube packages.  The Nielsen figures, for all outlets combined (food, drug, mass including Walmart POS data, plus convenience, military, and select club and dollar stores), show a 5.2% dollar sales increase to $3.38 billion during the 52 weeks ended May 11, 2013.  This data is for prepackaged, UPC-coded products only.  The gain was achieved on a 2.2% unit volume gain.

A convergence of trends favors spices and seasoning extract in the coming years:  People are cooking at home more and gaining confidence in the kitchen.  They’re more aware of spice versatility with many foods across the store. And they want to eat healthier and better manage any diet-related health conditions in their households.  Capitalizing on greater spice popularity in the post-recession period, McCormick opened a retail store last summer by Baltimore’s Inner Harbor area.  Called McCormick World of Flavors, the store has interactive displays—one where customers are classified according to the flavors they say they like, and another where people try to identify a spice scent—that could be rolled out to supermarkets if popular enough, an executive told The New York Times.